Yhtyeestä Charlie Fell kommentio videota: ”The concept for the video comes directly form the lyrics which were based on an experience hanging out in the Kensington ’badlands’ and seeing a dude come up after being hit with Narcan. He came out clawing the air and screaming he looked as if he just came back from a trip to hell. I had seen this type of thing before, but this was different; the way he came out scratching at the air in pain convulsing and hollering about the cold inside him. This was happening all over Kensington at the time due to a batch of fentanyl called ’Santa Muerte’ and in no way am I trying to glorify the use of these drugs; they truly are a curse. But this all happened at a time when I was reading a lot of Manly P. Hall and other esoteric writings and started to think a lot on the idea of evil, curses and magic just all these ancient concepts that we have dismissed through the years and put under the banner of science to take the intention behind them out of the picture.”

”Some bands are known for pushing the envelope; LORD MANTIS have made their reputation by yanking it wide open and making the world look inside. The Chicago blackened sludge quartet manage to surprise and skeeve out listeners with every new release, courting a scathing, tormented sound that evokes images of bloating corpses and crime scene Polaroids.” – Kerrang!
”Universal Death Church is as much a resurrection of the LORD MANTIS sound as it is a step into a new era… It is a joyous occasion when a band makes a return with as much vitality as Lord Mantis. Universal Death Church is a statement of defiance in the face of death itself…” – Exclaim! Magazine
”Their mission seems to revolve around getting nastier and heavier with each subsequent release, and Universal Death Church represents another step forward on the road to this never-ending hell. For all the talk of misanthropy in the Metal world, these guys put their money where their mouth is and deliver the nihilism and degradation in spades.” – No Clean Singing
”Charlie Fell’s shrieks are as ear-piecing as ever, and the rest of Lord Mantis match them with a backdrop that’s at times equally punishing and at other times actually kinda pretty.” – Invisible Oranges 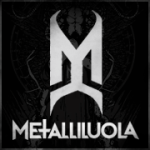